There are different reasons as to why men develop Binge Eating Disorder. One cause is if they play or played sports sometime in their life that required them to be thin or to lose a lot of weight for a particular competition, such as a wrestling match or running. Football players and body builders are still at risk, but it is lower since these sports require some meat and muscles in order to be successful. Another reason is that the chosen profession calls for thinness, such as modeling and acting. Men feel a pressure, just as women do, to maintain a level of thinness when they are in the public eye and when they are in looked at.

A man is more at risk for developing Binge Eating Disorder at a older age than a woman does, especially if the man had a tendency to be overweight at a child. This is because growing up a man believes that he needs to be strong and be able to protect not only himself, but also a female. If he is thin, this translates to fragile and he will see himself as not being powerful and not being able to get the things that he wants in life because he is considered weak.

Treatment for men is the same as women; although, men are more reluctant to visit a professional since eating disorders are considered to be female difficulties. The professional will go into detail to find out why the man comforts himself with food. Once the reason why he binges comes to the surface, the professional can give him ideas of how to change his behaviors. Once this happens and once the man feels comfortable with the professional, then the journey to recovery begins.

Clearly binge eating disorder is not only a female disorder, as many males are affected too. Regardless of being male or female, it is important to admit that your relationship with food is not healthy and to seek help on how to make it healthy once again. 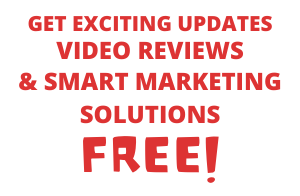